Insisting on seeing possibility after the storm 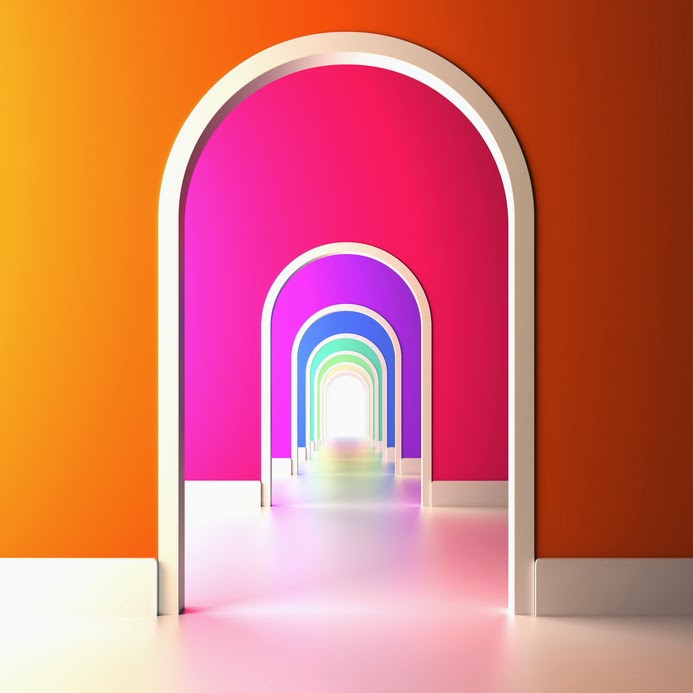 It's been a while since I last posted. A lot has happened over this past year, some of which has been challenging physically and emotionally but in all honesty I really don't regret any of it. I find myself now in a completely different place and time and even though part of me tells me I should be wallowing in self pity, I won't. I am happy. A little lost perhaps, but definitely happy.

I have been quite vague about my situation much of the time because I don't like to get wrapped up in drama and because I don't like to speak when I'm in the midst of a storm. I prefer to wait until the dust has settled so that I don't say something I might regret. But I woke up this morning with a very clear voice telling me it was time. So here we are.

Some folks may remember that a few years ago my husband was denied tenure at the institution where he had been working. We decided at that point that we didn't want to pick up everything and move in the search of a new career in academia. We live in an absolutely gorgeous part of the country and our school system is a very good one. We decided to stay and my husband started teaching voice privately. I had already started working as an adjunct professor and accompanist at another local college and I also had a lot of work freelancing around the area so I focused on my work and found myself at the piano most of the time I was awake, seven days a week. In many ways it was a dream come true. I had all the work I needed and I had students at my disposal to hone in on my beliefs about teaching and music.  It was during this time that I also bit the bullet and started my own practice coaching business. All of this kept me busy until May of this past year. In January I had started to experience some overuse issues and by the end of the semester, after playing for about 25 different recitals,  my body clearly shouted, "STOP!"   At the same time my position at the University became quite complicated so I decided it was time for me to see the closed doors for what they were - an open door to something new.

So here is where I stood by the middle of the summer...

I had no official job and almost no playing commitments so that my body could heal; I was looking forward to a handful of speaking engagements about practicing and music education around Virginia, Tennessee, and Florida; and I was eager to have more time to concentrate on research, writing, and my business.  I realized pretty quickly that this year had the potential to be an extraordinary one, even with all the mystery, insecurity, and lack of finances.  I applied for a full-time job at the university library where I had just resigned in an attempt to be a "responsible" adult but apparently that wasn't meant to be.  Then one day I was at the local toy store with my daughter when the thought crossed my mind, "I wonder if they ever have any job openings here."  I looked around for the owner thinking that if I saw her there I would ask her then and there - a thought that is completely out of character for me.  She wasn't there so I shelved that idea.  A week later I was up in Pennsylvania having some Alexander Technique lessons when I received an e-mail from the toystore saying that they had part-time positions open.  Needless to say, I felt like my stars were starting to realign, granted in a completely different constellation.  But in my book any type of alignment was a step in the right direction.

Now I work in a fantastic toystore part-time that's within walking distance of our house and have time to do what I need to do to try to kick my practice coaching business in the rear to make something finally happen. In this past month I have thirstily gobbled up books about practicing and education that are turning my brain into a whirlwind of ideas, I have busily been putting together my presentations for my upcoming workshops, I have been carefully rebuilding myself as a pianist, I've begun work on a new workbook I'm cooking up for musicians and teachers, and I've enjoyed spending more time at home with my family.  I truly couldn't be happier!  Yes, I could be making a lot more money (I'm currently earning minimum wage which has really opened my eyes to what it's like for a huge part of our population in this country), I could have a job that gives my family "benefits" (but what does one have to sacrifice to get them?), and I could have a job in academia (but again, at what cost?) but in all honesty I'm finding it terribly amusing to watch my life play out right now.  I truly sense that something is in the works...I just don't know exactly what it is.

There you have it!  That's what's been happening in my life.  I suppose I could be grumpy about what's transpired but I'm not.  I realize that I have been handed a gift.  At times I felt like I was in the middle of a storm this past year but now I feel like I'm climbing up the rainbow that has served as an encore to what came before.

So here's to the journey!  And many, many thanks to everyone in my life that has given me so much incredible support.  I am so very grateful.

P.S. - If anyone has any thoughts about what I could be doing next, by all means, please do share!  And if you want some practice coaching, check out how I can help.