Porky Pig no more! Putting an end to musical stuttering

If you are 20-something and are reading this post, you may have no idea who Porky Pig even is but if you are of a "wiser (no laughing!)," longer-lived generation like me, you will probably recall this beloved Looney Toons character whose trademark was his stutter.  Porky Pig is not alone with this speech impediment.  According to the Stuttering Foundation , 1% of Americans deal with this problem and 20% of children deal with it at some point in their childhood.  So you may be asking what this has to do with music and why I'm bringing this up on my blog.  Well, here's why.

Across the board, one of the most common issues I deal with on a regular basis when I coach musicians young and old, is the problem of musical stuttering which is when I am referring to when people make a mistake, stop the pulse briefly, fumble until they get the right note, then move on.  Even though it may sound like small beans compared to issues like how fast someone's fingers can move, how accurate one's intonation is, or how well someone has memorized a piece, I actually think it is an element that needs to be fixed before everything else because without a fluid, consistent flow of pulse, a musician isn't truly processing the information in a correct, predictable way.  And if that isn't happening, then the brain isn't getting a chance to build strong pathways, strong neural connections that will be that foundation upon which the performer will rely when it comes to performance time.  Another reason why I believe it's so important to break this habit is because it is imperative that the pulse never be broken when playing a piece of music - ever.  For me, part of the magic of performing is that the musician can connect with the audience or with other musicians through the pulse of the music that he or she is playing.  We all experience that on a regular basis, especially in non-classical genres such as jazz, pop...you get a drum set going, for instance, and it's virtually impossible not to tap your foot along with the beat.  If that pulse is disturbed, that connection is immediately broken and the magic that we work so hard to make - gone!


So how does one work on this and break the habit of musical stuttering?  Here's what I recommend to the folks I work with: 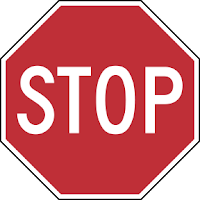 That's it!  That's all it takes.  In the words of dear old Porky Pig himself...