The Art of Practice Performing: bringing performing into the practice room 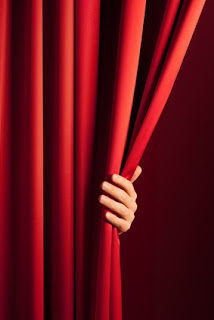 I don't really know where I got the idea to start making practice performing a part of my regular routine but it's now something I rely upon all the time and that I attribute to my comfort on the stage.

Let's start with what practice performing is to me.

Practice performing is a time in my practice sessions when I take off my practice hat and pretend like I am on stage performing in front of an audience - no stopping and no negative verbal commentary, with a focus on delivering a performance full of musicality.  Those are the basic facets.

Practice performing can be done at any point after I've learned the notes of a particular section, movement, or piece and when I can play it at a tempo that is somewhere in the ballpark of where I'd ultimately like to perform it.

What are the benefits of practice performing?

Is practice performing fun? I think at first most musicians would answer with an emphatic "no!"; we would rather not think about performing since it's often fraught with a lot of anxiety. But just as we have to practice our music on a regular basis, I believe performing also needs to be practiced, with or without an audience. So next time you're in the practice room, take off that practice room hat and step onto the stage for a moment. You never know - you might find that performing can be pretty fun, especially when it's just for yourself and your imaginary audience.