A must-read post for the new year by Greg Sandow

Below is a post by Greg Sandow that I think is very important for folks to read.  He is currently at work writing a book about the future of classical music and his blog, of which this post is a part, is a fascinating place to go to see where he is headed as he embarks on this journey.  This post clearly outlines the optimistic outlook and vision he and many others have for the classical music world.  If you read the post and feel like what he says resonates within you, I encourage you to post a comment directly on his blog.  Or if you'd feel more comfortable posting on mine, you may post on mine as well...I would be happy to pass a long any feedback to him.
Enjoy...I hope you find it as interesting and encouraging as I do.
http://www.artsjournal.com/sandow/2009/12/heres_my_top_ten_list.html#comments
Posted by Erica Ann Sipes at 3:36 PM 1 comment: 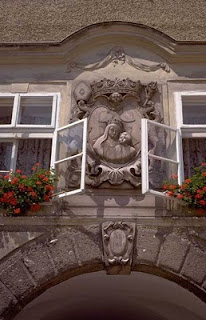 What? A no-budget idea? Well, maybe it's not really a no budget idea, but it is pretty close to being one.  I decided to put that in the title of my post partly because I thought it would get your attention and voila, it did.  So now that you're reading, stick around and hear me out, especially if you happen to play an instrument or sing.

If you've been reading my blog for a while you already know that one of the things I feel passionate about is that classical musicians need to be working harder right now to find ways to break down the wall that seems to have been built up between performer and audience, or what remains of an audience.  Classical music is no longer an ingrained part of the younger generation's culture and I don't believe that it is safe to assume that when they grow up, this same generation will have any interest in attending classical music concerts, taking music lessons, or listening to it on the radio, on their I-pods, or however else they will be listening to it in twenty years.  So what to do?  That is one of the big questions being thrown around right now and understandably so.

There are a lot of good ideas being discussed and lots of paths being taken.  Many musicians are taking different approaches to performing, symphonies are taking outreach much more seriously, the Metropolitan Opera in New York City has started showing their productions live in HD in movie theaters, Venezuela has a seen the emergence of a musical revolution through its youth orchestra where the society seems to be changing thanks to unifying force of music...there really are some fantastic things happening right now to counteract the fossilizing effect that was happening with classical music.  But many of the things mentioned above require staff, time, and lots and lots of money.

So my question is this; how can the average musician, living in small town USA, help make classical music start to take root in a society where classical music isn't omnipresent as it once was?  A few weeks ago I had something interesting happen that I found very uplifting and encouraging and that might be at least one key to answering this question.  I was scheduled to have a rehearsal at the common house in a neighborhood where all the families living there live in a very close-knit community.  The common house serves as a gathering place where folks have meals together every so often and is also where everyone goes to collect their mail every day.  When I arrived I discovered that the young boy I was to rehearse with was going to be quite late so I decided to use the time to practice.  I sat down and started to work the slow movement of one of Beethoven's piano concertos.  It happens to be a profoundly beautiful piece - one of those pieces that makes time stand still.  And even though the small upright piano I was playing on was badly out of tune and was not in the best of shape, I watched many individuals from the neighborhood walk in to get their mail, stop dead in their tracks as they registered the music being made, and then slowly drift into the common room to listen, some for a minute or two, others for quite a while.  Nobody got their mail without listening to the music, at least for a little bit.  It was all fascinating to observe.  And although I can't be sure, I don't believe these people were classical music aficionados because most of them asked me what I was playing in "non-classicalese."  What a magical 45 minutes.  I don't know that I really practiced much during that session but I don't think that it really matters.   I walked away instead with was the sense that music can work its magic in spite of imperfections if we just give it a chance and that people are more receptive than we might think if we just give the music a chance to work on them.

And a final note about this little scene at the common house...before my rehearsal, I was talking to a man there who I know is an amateur pianist.  I asked him if he grew up listening to classical music and he said, "Oh no.  I never did like classical music growing up."  Curious about this, I asked him what changed his mind.  Was it a specific concert or a specific piece?  And he responded, "No, I just kept hearing it through open windows where I lived and I just grew to love it."

Music coming through open windows, my musical colleagues, is free...playing on an old upright piano in a nursing home, retirement community, community hall, or school is free...seeing even a glimmer of our passion passed on to another...priceless.

So let's open our windows when we can this year and share what we can, when we can.  I have a feeling that it will be worth it.


Added later:  I just came across this article in the New York Time that tells a lovely story of this type of simple, free musical outreach...