The Art of Using a Mirror as a Musician

I'm sure I'm not alone in this scenario... 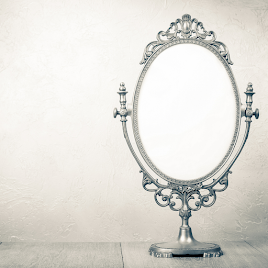 You're doing your morning routine, sitting in front of a mirror, and all you can manage to see is every pore, every new wrinkle, and those dark spots under your eyes. No matter what product you apply or thing you tweak, all you see is what you don't want to see. At that point, hopefully it dawns on you to do one simple thing...
Flip...the...mirror!
I think so often, especially when I'm engaged in practicing or performing I forget that many mirrors have two sides. There's one side that does the job of reflecting what is there and there's the other, whose job is to magnify everything, to a slightly absurd degree.
There are good uses for both sides, both in everyday life, which I'll leave for someone else to cogitate on, and also in the daily life of the musician. It's usually in the practice room and in lessons where that magnifying side can be useful. It's looking into that side that we can see things we may have not noticed before - the small discrepancies in tempo, the slight unevenness in our fast passages, our tendency to be sharp on a certain note. That side of the mirror provides us with endless things to fix and problems to solve.
But staring only into that side can start to play with our minds. It can frustrate us. It can make us question why we even try. It can prevent us from seeing the larger picture. It can sour us from what it is we love. That's why it's imperative that we learn two simple things...
When to flip the mirror and when to take the mirror away completely.
I'm still in the process of learning about these two options myself. Recently I've had a bit of a change of heart about how to deal with my practice room mirror. I used to follow up my high magnification practice sessions with an immediate flip, allowing myself to run through sections I had just micro-practiced to see where things stood. What I'm realizing now is that for me, more often than not, these reflections disappoint me. I want to see immediate results and to know that the hard work is going to pay off. But the fact is, things take time to settle. The brain needs time to let things sort themselves out. Or maybe the issue is that the brain isn't as easily flipped as that mirror is. Now, after a good practice on a section, I'm trying instead to turn off my childish need for instant gratification (that usually isn't gratified), and switching to something else. So far I'm feeling much better about my practice sessions. There's a lot more intrigue when you take away the mirror after a magnified session since you're not quite sure what you're going to find the next time, but is certainly less angst-filled.
When do I use the simple reflection side of a mirror? I'm actually struggling to know how to answer that at the moment so perhaps that will need to be in another blog post. What I will say, however, is that I think music-making in general places a mirror in our hands, whether it's in the practice room or on the stage. It's unavoidable. As long as we don't stare too long and hard, and as long as we stick to that side, I think we're more likely to keep smiling as we pursue this art that is a reflection of so much more than just ourselves.
Tweet
Posted by Erica Ann Sipes at 10:16 AM 4 comments: 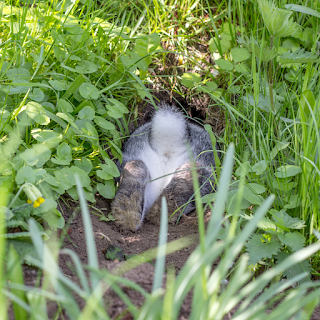