Chamber Music x 20 - musings about performing with an orchestra 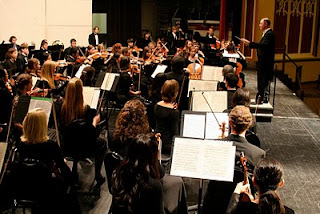