Berry picking in the practice room 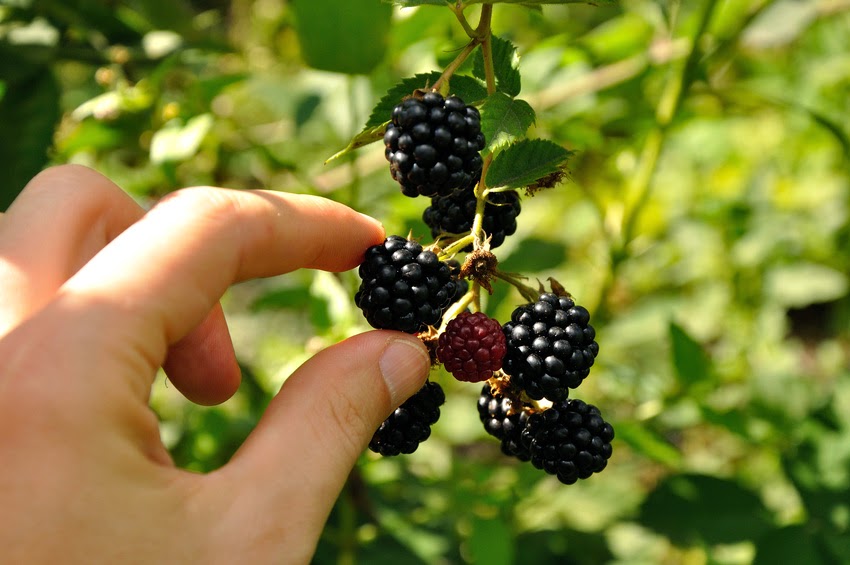 It seems I am incapable of doing any activity without relating it to practicing, even in the summer, when my mind could and maybe should be thinking about beaches, lemonade, reading a good novel, or just resting.

A few weeks ago I woke up greeted by a spectacularly beautiful morning.  I could feel the gentle breeze through the window, and although I suspected the sun would make an appearance sometime in the day, clouds were still keeping her in bed. I could have done my usual, readied myself for the day and headed off to work but I was struck instead with an undeniable desire for fresh berries. I quickly got ready, ate some breakfast, and headed off to our local u-pick berry farm.  I am so thankful I listened to that little voice inside that was tantalizing me with the thought of fresh, sweet berries, because I walked away from that outing with a lot more than a bucket of berries - I walked away with the realization that I had also learned a lot about the process of learning and practicing.

I chose to start with picking blackberries even though the owner had informed me that the bushes have been picked virtually clean the previous day. (Yes, I am stubborn...ask my parents or my husband!)  I found one of the rows he had recommended, stepped up to the bush and started looking. I couldn't see much of anything, only a tiny wimpy berry here and there - not particularly what I had in mind.   At that point I could have given up and walked away, trying my luck with blueberries instead but like I said, I'm stubborn.  I squatted on the ground and gingerly lifted a thorny branch - nothing.  I tried looking under another one -  still nothing but a few under-ripe ones.   For some reason I then had the notion to simply look up into the bush.  Jackpot!  (This is when I could use sound effects on the blog!) I was greeted by the sight of berries that looked like they were trying to keep themselves secret indefinitely.  Clink, clink, clink...into my bucket they went and armed with my new tactic, which I expanded to include standing on my toes to find berries at the tops of the bushes, I was set for the rest of morning.

Another thing I've learned through berry picking is how important it can be to let go and try things out in an effort to learn what it is I like.  Being the city girl that I am was, I thought that blackberries were blackberries, blueberries were blueberries.  But that's not exactly the way it is!  There are tons of different types, each with their own texture, color, size, and most importantly, taste.  For the past few years I have picked blueberries at this farm from the same bushes that reside in one specific area and have ignored everywhere else. (In addition to being stubborn I am also a creature of habit.)   In a recent visit, however, one of the owners was encouraging me to try a different spot, on a different hill (gasp!).  This was a scary prospect for me.  How would I know which bushes to pick from?  How would I know if they were ripe?  My friend set me free with these words - "Just taste some from different bushes and see which ones you like the best!"

Ohhhhhhhh...(Do you hear the click of the lightbulb going on?)

I suddenly realized I didn't have to blindly pick berries hoping that they would be something that I'd like or that would be ripe enough.  I could experiment, I could sample, and in the process learn a lot about not only berries but also myself.  In fact, that's what I should have been doing all along!  And that's what we can and should do in the practice room as well.  We shouldn't expect ourselves to magically know what musical choices will suit us or our audiences best without playing around.  We can use our practice room as our berry farm where we can experiment, taste, savor, or even spit out musical ideas.  The magic is in the adventure!

So go on!  Get yourself to your local berry farm and get picking!  Then go practice.  You're bound to find something sweet in both places.