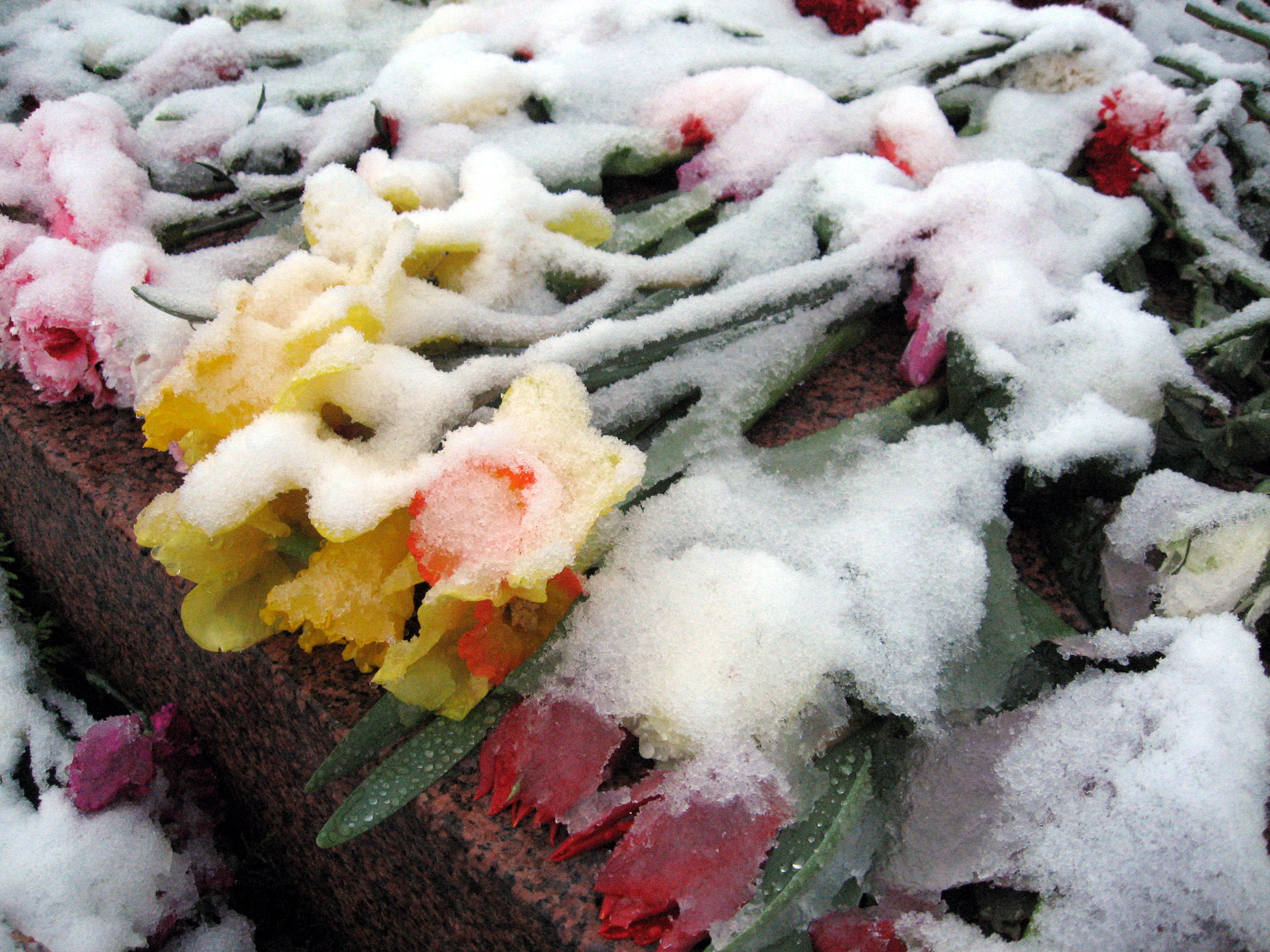 In the first three songs of Schubert's Winterreise, I see the piano part being primarily an extension of the landscape in which our main character finds himself. In "Good Night" the accompaniment represents the walking pace of a man; in "The Weathervane," the wind and the weathervane itself, spinning in the breeze in addition to some small clips of folk dance music; and in "Frozen Tears," jagged freezing ice and tears. In the fourth song, "Erstarrung (Numbness)" I sense a distinct shift in the role of the piano part. Through the driving fast triplet rhythm, we finally get a glimpse into the emotions of our travelling french horn player. Just listen to the introduction:
There is a very nervous, frantic energy in this piano part and the accents that appear in the left hand line on the fourth beats throughout the first verse seem like tiny jabs of pain to me, or perhaps they are a reminder of the previous song's frozen tears. Regardless, they are not comfortable and with both hands together, I can't help but picture our friend completely distracted from his journey, groping frantically for signs of his beloved.
In the second verse the music changes slightly while still maintaining the rhythmic and psychological drive. With completely new material melodically and harmonically, Schubert puts the constant eight-note triplet pattern in the left hand this time and pits the right hand's melodic line against the voice part's lyricism. Unfortunately I can't sing while I play so I can't fully demonstrate this interaction, but here's a clip from the second verse so you can hopefully hear the difference:
To my ears the interaction between these two voices creates a pained tension that has a different feel than the more energetic, almost uncontrollable 1st verse. I think it represents so well the torment that our horn player must be feeling at this time, as he so desperately wants to see the ground on which they once walked but that is now covered with snow.
In the middle of this song, Schubert briefly brings a bit of hope, changing the key from B-flat minor (at least in my score) to G-flat major. I've always thought that Schubert is a genius when it comes to completely shifting a piece's harmonic backdrop and this is yet another example of this technique. So here we are with a few measures of hope but then quickly led right back into the real world as our main character discovers that the flowers and grass he was hoping to see are all dead, as is the love of his beloved.
The piano part for the last two measures of the verse are spine-tingling. If you could translate a broken heart into musical sound, this would be it.
With hardly any room for breath, Schubert brings us back to the opening material to finish out the fourth and fifth verses. This makes sense to me from a psychological point of view (although I am the first to admit I am not well-versed in the topic.) When I am faced with an emotionally charged situation I too tend to go back and forth between emotions, feeling rage one minute and then abruptly switching over to sorrow.  One slight difference that I find interesting, however, and that I would like to somehow acknowledge musically is that in the last phrase, Schubert extends the music by 2 measures. It is almost as if those last two measures, in which the singer sings about his beloved's image melting away as his own heart melts away, are a final cry of anguish that can only end in exhaustion.
I can't help but be exhausted after playing and listening to this song. As I mentioned at the beginning of the post, I really think that this is the first glimpse that we see of the main character's mind. It's almost as if Schubert found a way to translate confusion and rage directly into music.
I should add at this point, that I'm thinking the tempo should be a little bit faster than I recorded them for the purposes of this post. Stopping and starting always has a way of slowing me down and upon listening back, I am aware that playing the song at this slower tempo, I run the risk of losing the psychological aspect of the situation.  A faster tempo would also ensure that everyone is breathless by the end of the song.
Here is baritone Hans Hotter performing "Erstarrung" with Gerald Moore. And click here for the translation.

Other posts in this Winterreise series:
The beginning of my own "Winterreise"
Beginning with a farewell: "Gute Nacht (Good Night)"
When music is more than music: Winterreise's "Die Wetterfahne (The Weathervane)"
Back on the road again: "Gefrorne Tränen (Frozen Tears)"
Finding a place of comfort: "Der Lindenbaum (The Linden Tree)"
Images of snow and ice, images of a frozen heart: "Wasserflut (Floodwater)" and "Auf dem Flusse (On the River)"
"Sturm und Drang" encapsulated in song:  Winterreise's "Rückblick (Backward Glance)"
No rest for the weary: "Irrlicht (Will-o'-the-wisp)" and "Rast (Rest)"
Experiencing a lucid dream through music: Winterreise's "Frühlingstraum (Dream of Spring)"
On the edge of a dream: "Einsamkeit (Loneliness)"
Lifted above despair: Winterreise's "Die Post (The Post)"
Choosing a different path: "Der greise Kopf (The Grey Head)" and "Die Krähe (The Crow)"

What remains: "Der Leiermann (The Organ-grinder)"
Posted by Erica Ann Sipes at 2:56 PM