When music is more than music: Winterreise's "Die Wetterfahne (The Weathervane)" 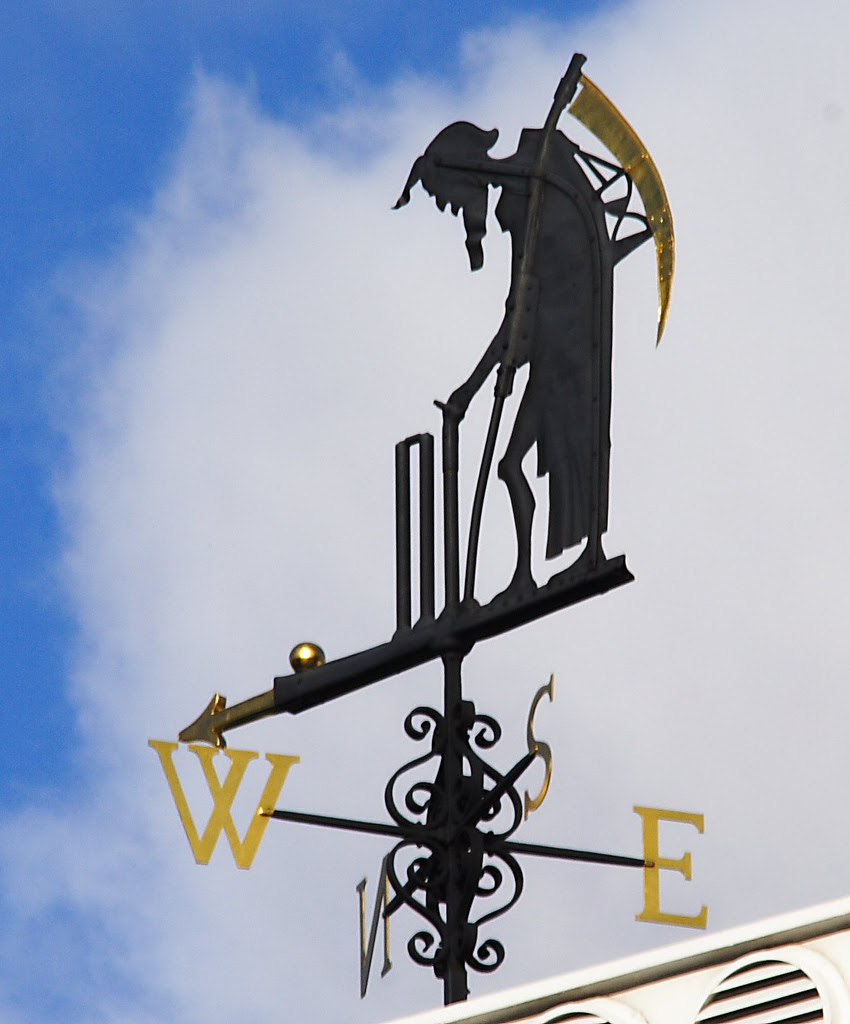 To me, the second song in Schubert's song-cycle, "Die Wetterfahne (The Weathervane)" is markedly different than the opening song, which is "Gute Nacht (Good Night)." I hear a difference in both parts but mostly in the piano accompaniment. In the first song, the piano part seems to primarily serve as our character's pulse or as the constant, steady rhythm of his footsteps. In "Die Wetterfahne," however, I see the piano part take on a role, or perhaps several roles, that directly interact with our protagonist as he begins the more psychological side of his journey. The first role that the piano plays is that either of the wind, or of the weathervane itself that represents the changing direction of his beloved's love from himself to another man.


This same material is used almost identically in the postlude except for one tiny, but important difference. In the postlude there are short rests in between the bursts of wind or movement whereas in the introduction, those notes are simply held through, sustained. So why does Schubert do this? Is it even perceptible to the audience? To me, those rests are a hint as to how Schubert wanted this particular piece to end. Without the rests, I feel like driving a bit more through the wind bursts. But at the end here, I feel that the rests slow the momentum down and bring our travelling horn player, and us, to more of a state of defeat or perhaps of resignation.


Another very subtle thing that Schubert does in this song is he changes the octave in which the accompaniment is written for the beginning of the first verse versus the beginning of the last verse. For the first verse, the left hand of the piano doubles the voice whereas it is the right hand that doubles it for the beginning of the third verse. This might seem like a small thing, but as the pianist, it makes me think about voicing issues. Whenever a piano line doubles an instrumental or vocal line, I like to back away from that particular hand and emphasize the other instead, thereby changing the color and atmosphere.

Here is what it sounds like for the first verse:

And the beginning of the third verse, listening for a few notes that Schubert holds this time around to create a bit more atmosphere:

I'm eager to try this out with a voice part in place.

At the beginning of the post I mentioned the piano taking on various roles. Aside from portraying the weathervane or the wind, I also hear the piano mocking the "fugitive" with the quick grace-noted octaves in the right hand in the second verse...

and I also hear some slightly raucous country dancing in very short clips, perhaps to represent how the main character's beloved and her family seem to have no problem moving on to new lovers and new marriage prospects. I mean really, what was this travelling musician thinking? Who would approve of marrying such a man?

I find it remarkable that Schubert could insert so many roles into the span of such a short song and I think that by doing so, the music is much more dramatic than it would of been had he kept the piano part more accompanimental. It also gives me a bit of a glimpse into what our main character is dealing with at this early point in the song-cycle. I definitely get a sense of rage and bitterness which is a great contrast to the first song, "Gute Nacht."

So where does our horn player go next, both emotionally and physically?

Below is a video of baritone Hans Hotter singing "Die Wetterfahne" with Gerald Moore at the piano.  Click here to get to Barry Mitchell's translation.

Other posts in this Winterreise series:
The beginning of my own "Winterreise"
Beginning with a farewell: "Gute Nacht (Good Night)"
Back on the road again: "Gefrorne Tränen (Frozen Tears)"
Psychology through music: "Erstarrung (Numbness)"
Finding a place of comfort: "Der Lindenbaum (The Linden Tree)"
Images of snow and ice, images of a frozen heart: "Wasserflut (Floodwater)" and "Auf dem Flusse (On the River)"
"Sturm und Drang" encapsulated in song:  Winterreise's "Rückblick (Backward Glance)"
No rest for the weary: "Irrlicht (Will-o'-the-wisp)" and "Rast (Rest)"
Experiencing a lucid dream through music: Winterreise's "Frühlingstraum (Dream of Spring)"
On the edge of a dream: "Einsamkeit (Loneliness)"
Lifted above despair: Winterreise's "Die Post (The Post)"
Choosing a different path: "Der greise Kopf (The Grey Head)" and "Die Krähe (The Crow)"

What remains: "Der Leiermann (The Organ-grinder)"
Posted by Erica Ann Sipes at 4:00 PM