Turning one's back on the tenure dragon

This past week we received some news - my husband was denied tenure where he teaches.

Although we were aware that this was a possibility there is nothing one can do, I believe, to fully prepare for such a blow.  In an effort to give ourselves space and to give our six-year old daughter a break from overly emotional parents, at the end of the week we picked up and went down to the Great Wolf Lodge for a spontaneous getaway.  In case you've never heard of it, Great Wolf Lodge is a franchise of hotels that are designed for families with one of the main attractions being a gigantic indoor waterpark that frankly defies description.  We expected that we'd all have a weekend full of the type of play that only kids are usually privy to.  What we didn't expect is that through play we'd receive some much-needed clarity into what we have experienced for the past 6 years.

It wasn't the waterslides that did it.
It wasn't the simulated wave pool, although that was pretty amazing.
And it wasn't the massive play-structure that sprayed, dumped, and sprinkled water from every crevice. 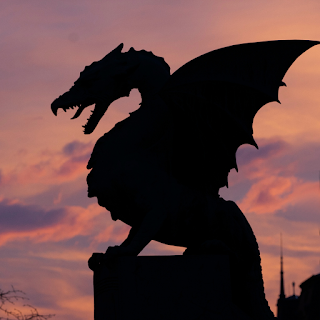 It was the dragon.  Yep.  A big scary dragon, brought to us by MagiQuest®.

MagiQuest® is a live action-adventure game that takes place throughout the hotel.  Kids get magic wands, get them loaded up with whatever technology makes them work, and are then off on endless quests and adventures that earn them magic runes, amulets, gold, you name it...and this all happens with the wave of their magic wands, their ingenuity (and their parents'), and a lot of exercise.

It is MagiQuest® that captured our little girl's imagination this weekend and she literally ran with it, with us alongside her panting.  This morning, after many hours of play, we had finally acquired all of the runes possible which meant we could now go on the adventures which would ultimately elevate our daughter from apprentice magi to master magi.

We reclaimed the Pixies' green crystal and brought it back to Serena the pixie to save all of pixiedom.
We tracked down Ursa Minor's broken amulet and its missing jewels, allowing him to return to his proper place in the night sky as a constellation.
And then we got to the...the...

We had passed by the enormous red dragon numerous times on our quests.  And although he was only an image on a gigantic screen he completely freaked our daughter out.  She was visibly shaking and nauseous when we got to this point in the game.  We assured her that we would be by her side the entire time, that she had earned her way to this point and that she had the knowledge to succeed.  But when it came time to enter the dragon's lair she was done.  She handed me the wand in defeat.

But here's where it gets interesting and instructional, at least for me.

At first I refused to let go of this adventure.  I felt like I couldn't let her give up that easily.  She was, after all, on the brink of triumph.  But then my daughter said three things that turned everything on its head and that helped me to see what had happened as a teaching moment for us all in relation to the  adventure known as tenure that we've been on these past six years and more painfully this past week.  Here's what she said:

"What I really wanted was to be a master magi.  I thought I would have to defeat the dragon to do that.  But I don't - I am a master magi."

Wow.  Lightbulb moment.  I suddenly saw my two magi, who were turning their backs on their own dragons, in a different light and realized that...

- sometimes we don't realize how we really feel about something until we are face-to-face with them and many times it's only when we are staring them down that we realize how terrifying it can be or how little we want that final victory.

- it would be nice if on adventures we could walk in someone's freshly made footsteps but that is not always possible.  Blind adventures are the most difficult and are always clearer and more obvious only in hindsight.

- in the end one can still be a magi even if not all adventures are completed.  What is important is the process and the steps that get us to where we end up.  We do not need that prescribed final victory to make us who we truly are anyway.  Finding out who we are in the course of the adventure is a victory in and of itself.

So here we are.  We are master magis, all of us, with magic wand in hand.  We will now walk away from these dragons and find a place where our magic shines.

On to the next adventure, with or without the dragons!


Many thanks to my dear, brave husband who was willing to let me share such a personal struggle here on my blog.  Here's hoping it will provide some encouragement to others in similar situations.  If you have your own story, please feel free to share it here.  It's always good to know that we're not alone.