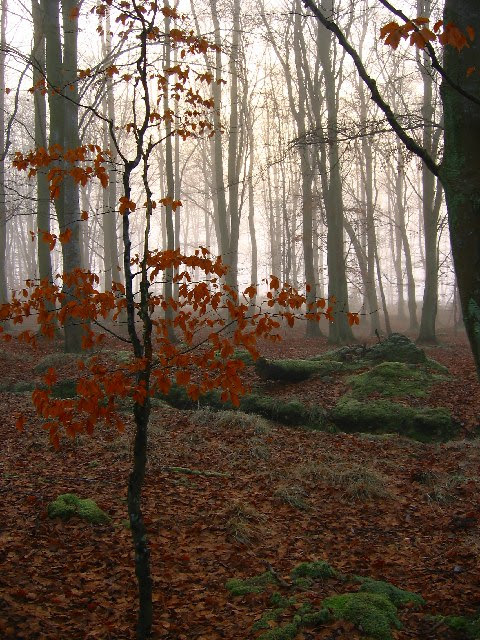 Throughout this song cycle we have seen many fantastic examples of Schubert at his best when it comes to painting a picture through music: plodding footsteps, whistling wind, falling tears, roosters crowing, bugling posthorn, galloping horse just to name a few. The sixteenth song in the cycle, "Letzte Hoffnung (Last Hope)" is no exception. In fact, I think up until this point, I think it might qualify in my book as being the most dense musical painting we've seen yet.
I want to include the text for this song. I'm going to give a rough translation of my own so that I don't have to worry about copyright issues so if it isn't perfect (it isn't), please just overlook that!

Here and there there are on the trees
Many colored leaves that you can see,
And I stand under the leaves
Often in thought.


I look upon one leaf,
I hang my hope on it,
If the wind plays with my leaf,
Tremble I, how I can tremble.

Wow. I am always moved to tears just from reading the poem. And note that we have the word "grave" yet again; that's three songs in a row! I should also note that this is the third song in a row to have the very same key signature. Hmmm...I definitely feel that we are in a different psychological landscape with these songs.
So the word painting...here are some details that I see as being elements of our musical painting:


Here is the piano part for this second verse:

Here is the "falling leaf" motive I mentioned:


Now you may have noticed that I haven't mentioned anything about the first verse yet. Well, to tell you the truth, I find the introduction and the first verse to be a little more difficult for me to analyze, especially in terms of text painting. This first verse is extraordinarily angular and disorienting. There are accents on every offbeat and the notes are grouped in such a way that the music could be heard in 4/4 rather than 3/4 time. Take a listen, first without following along with the music and then using it to try and figure out what Schubert is doing.

Pieces that have three beats usually feel somewhat dance-like to me. This introduction and the parts of the first verse do not. So what was he after?  What was he thinking? The only conclusion I have come to is that maybe he wanted to show our musical friend in a disoriented state. This would make sense in the context of where the protagonist is in his psychological journey, standing on a brink of both life and death. I suppose it could be something much less profound than that though. Maybe the off-kilter rhythm is painting a picture of dappled light coming through the leaves on the tree.
Hmmm...perhaps I'm thinking too much. I am guilty of that a lot of the time. Let's just get on with the music, shall we?
This is from a live, fully staged performance by Jan Buchwald. I find the staging very intriguing.

Other posts in this Winterreise series:
The beginning of my own "Winterreise"
Beginning with a farewell: "Gute Nacht (Good Night)"
When music is more than music: Winterreise's "Die Wetterfahne (The Weathervane)"
Back on the road again: "Gefrorne Tränen (Frozen Tears)"
Psychology through music: Winterreise's "Erstarrung (Numbness)"
Finding a place of comfort: Winterreise's "Der Lindenbaum (The Linden Tree)"
Images of snow and ice, images of a frozen heart - "Wasserflut (Floodwater)" & "Auf dem Flusse (On the River)"
"Sturm und Drang" encapsulated in song: Winterreise's "Rückblick (Backward Glance)"
No rest for the weary: "Irrlicht (Will-o'-the-wisp)" and "Rast (Rest)"
Experiencing a lucid dream through music: Winterreise's "Frühlingstraum (Dream of Spring)"
On the edge of a dream: "Einsamkeit (Loneliness)"
Lifted above despair: Winterreise's "Die Post (The Post)"
Choosing a different path: "Der greise Kopf (The Grey Head)" and "Die Krähe (The Crow)"
An unsuccessful attempt at resisting sleep: "Im Dorfe (In the Village)"
Nearing the end of one man's journey: "Der stürmische Morgen (The Stormy Morning)" & "Täuschung (Illusion)"
An intimate view of facing one's fate: "Der Wegweiser (The Signpost)"
Waiting for Death: "Das Wirtshaus (The Inn)"
Seizing control of life & death: "Mut (Courage)"